We frequently receive questions about our ham, and rightly so! It is a different product than you typically find in the grocery store. As a One Straw Ranch product, you know it is pasture-raised pork. That means a healthy and happy life for the pig, regenerative farming practices, and a delicious and healthy product for your family. But what do you do with it? And the packaging says some confusing things - what do they mean?

So if you find yourself with questions about the ham, perhaps one of our bullet points below will provide a helpful response. But if not, and as always, feel free to reach out to us for further answers. Perhaps your inquiry will become the next bullet on our FAQ!

Why does the package say the ham is "uncured"? Does this mean it doesn't taste like ham?

The label on the ham says "Natural Uncured Ham". This is confusing! That wording makes it sound like it's just a fresh leg roast. Perhaps you need to season or brine it yourself? No, this is a ready-to-cook ham. It is pre-seasoned. Cook it as-is and enjoy the scrumptious taste of ham.

So why does it say "Uncured"? This confusion is the result of a food labeling regulation. Only foods containing synthetic nitrates are allowed to be labeled as "Cured" and our ham (and the bacon, likewise) does not contain synthetic nitrates.

Does the ham contain nitrates?

No and yes. The ham does not contain any synthetic nitrates, which is what people usually are referring to with the term. However, it does contain sea salt and celery powder which naturally contain nitrates (other foods which naturally contain nitrates include leafy greens, beets, onions and garlic.) See also the above question regarding labeling the ham as "Uncured."

Is the ham pre-cooked?

No. This ham is not cooked at all and you must cook it to a safe internal temperature of at least 145 degrees F, though we suggest cooking the ham to 160 degrees. See also below, "How do I cook the ham?"

How do I thaw the ham? Can I thaw it quickly?

The ham can be thawed safely in the refrigerator over the course of several days, depending on the size of the ham and the temperature of your refrigerator. If you don't have time to wait for it to thaw in the refrigerator, you may safely thaw it in a basin of cold water. Place the ham, still in the package, in a large kettle, basin, or sink of cold water. Change the water every hour or so and the ham should thaw at about 1 hour per pound - so a three pound ham should take about 3 hours to thaw with occasional water changes. This is not an exact science, so plan as much extra time as possible! A hybrid method is to jumpstart the thawing process in cold water and then letting it finish overnight in the refrigerator or vice versa. Just make sure it stays below 40 degrees for food safety.

Is the ham smoked? Why does it have smoke concentrate in it?

No, this is not a smoked ham. Unfortunately, there is not a USDA-approved smoke shop in Washington State that is available to small producers, and in order to sell meat by-the-package (rather than a whole or half animal) it must be USDA-approved. I have spoken with our USDA butcher shop and they want to provide a smoked product but to date have not been successful in negotiating a solution with the USDA inspector.

Without the ability to smoke hams, the alternative is to use natural smoke concentrate in the brine. This is used in both the ham and the bacon, and it results in a delicious product!

A note about the brine: These are small-batch brined hams and occasionally the brine doesn't completely penetrate the entire roast. If you see a small lighter colored oval in the middle of a sliced ham (like in the picture below), that's just a bit of un-brined pork. There is nothing to worry about and the ham will still be delicious.

What ingredients are in the ham?

How do I cook the ham?

This ham must be fully cooked. It is not like a partially cooked or pre-cooked ham from the grocery store that only needs to be reheated. In general, you want to cook this ham fairly low and slow until it reaches an internal temperature of about 160 degrees. This will give you a tender, sliceable roast.

At 350 degrees, this takes approximately 30 minutes per pound. If you have the time, cooking as low as 250 degrees will give even more time for the fat to render deliciously through the meat. I like to make sure the ham will not dry out, so I cook it covered with a bit of water and then remove the cover and turn up the heat for the last few minutes. This keeps the meat moist and then browns up the outside for a beautiful finish. You can add a glaze or not, as you prefer. (For a fall-apart ham in the style of pulled pork, cook to 200 degrees.) For a simple recipe for the ham pictured below, click here. 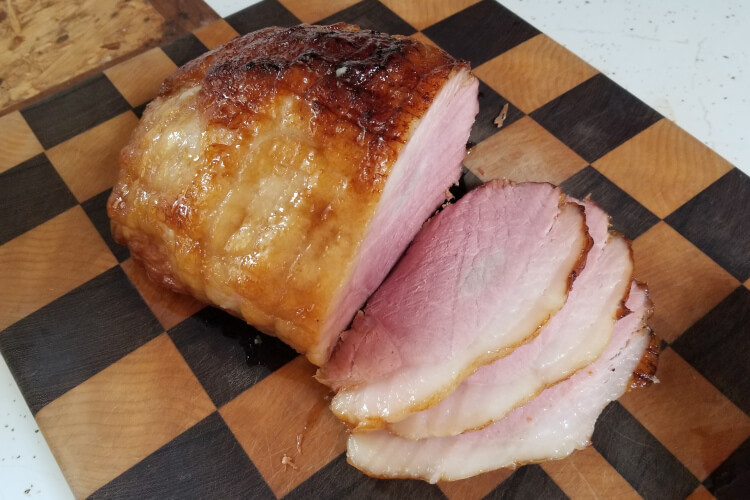 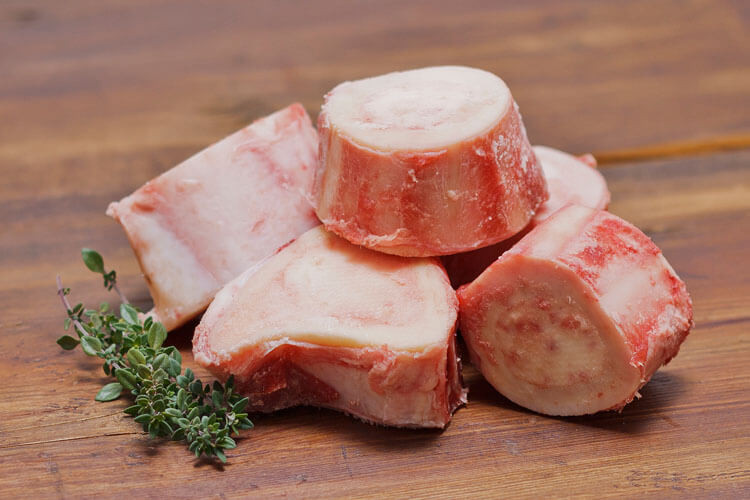 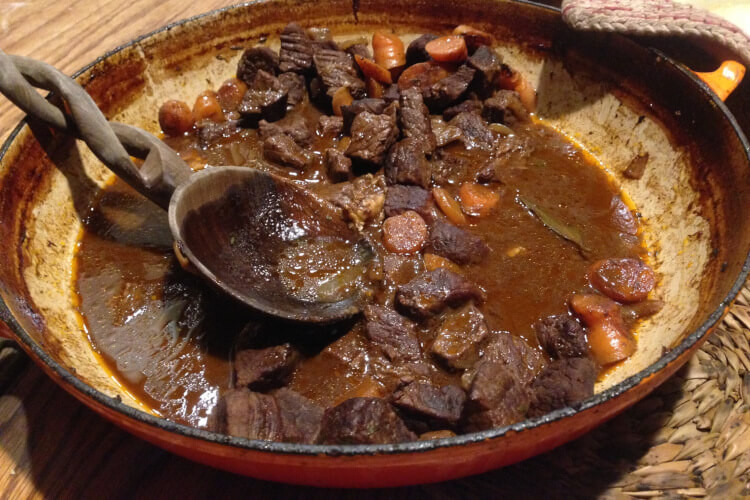