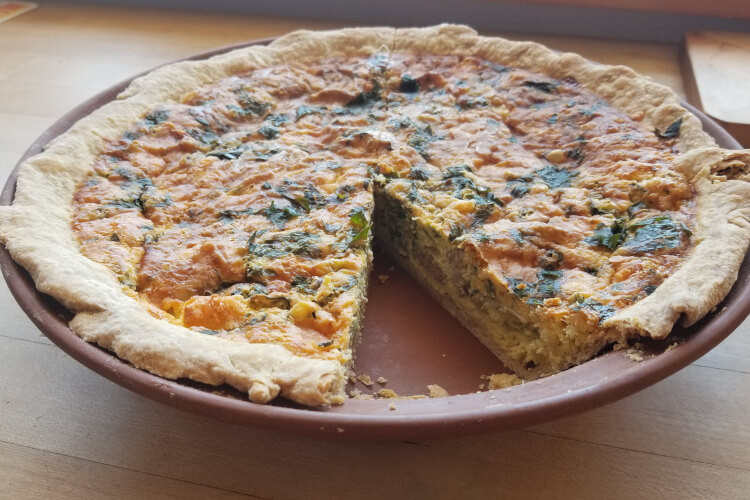 Quiche makes a lovely Sunday brunch addition, but we prefer it for dinner as a hearty main course. It is also endlessly adaptable to fit the season, the tastes of your family, and whatever you have in your fridge! Today we're presenting our favorite basic recipe plus tips from the One Straw kitchen to make it even easier for you to put this delicious dish on your table. You can scroll to the bottom if you prefer to get straight to the recipe.

The recipe below includes quantities for a smaller 9" pie pan as well as larger quantities (in parentheses) for a deep dish 10" pie pan. I suggest using a 10" deep dish pie pan so you can enjoy leftovers for a protein-packed breakfast or lunch over the next few days.

Another great time saving tip is to make two quiches and freeze one for later. Most of the work with quiche is in getting out the ingredients, so making a second one for a future meal really makes the most of your time. You can freeze an uncooked quiche and fully cook it when you serve it. However, I prefer to pre-cook the quiche before freezing and then just reheat it later - mostly because it's easier to transport to the freezer without sloshing egg all over!

If you pre-cook the quiche, make sure it is completely cool before wrapping and freezing. You can also freeze it in smaller portions by cutting it and removing it from the pan. Wrap wedges in plastic wrap and slip them in a zip top freezer bag to extend the shelf life. If you're not freezing the quiche in the pan, store it carefully so as not to break off the crust. You can reheat a frozen quiche in the oven from frozen (plan that it will take quite some time) or thaw in the fridge overnight. If you've used a glass pan (or no pan), you can speed up the reheating process by popping it in the microwave for a few minutes before finishing it in the oven to crisp up the crust.

One of the biggest hesitations many people have to making quiche is making the pie crust. I get it! You'll notice from the photos that I don't worry too much about how the crust looks, and that can be half the battle. After all, we're just going to eat it ;) But it still takes time and can feel daunting if you don't make them very often. One tasty solution is to keep a roll or two of phyllo dough in the freezer. You just have to let it thaw long enough to roll off about 10 sheets of dough for each quiche and then you can throw it back in the freezer for next time. I don't even bother to brush butter between the layers of phyllo. Of course that is a nice touch! But usually I just cover the pan with a couple sheets, going up the edges, and then layer the rest in, slightly crinkling each sheet.

Going low carb or gluten free? Make it crust-less! Oil your pie pan instead of lining it with a crust and layer in the ingredients as usual. If you have a favorite nut-based crust recipe or other option you already like to make, use that instead!

Quiche is endlessly adaptable to use whatever ingredients are in-season and handy. It's also a great way to use up extra bits of meat and vegetables left over in the fridge! Meat should be pre-cooked before adding it to the quiche. Some vegetables and herbs are good added raw, like onion, garlic and tomatoes. I prefer to pre-cook other vegetables, such as mushrooms, summer squash, broccoli, and greens. This is a case where leftovers really come in handy. Grab that container of leftover steamed kale out of the fridge, chop it up, and throw it in.

Don't worry too much about quantities when you're adding the extras. Occasionally it happens that you've included so much meat/vegetable/cheese filling that when you pour in the egg mixture you go right to the rim and still have some left over. No worries! Just save the extra egg mixture in a jar and add it to tomorrow morning's scrambled eggs.

Here is our favorite basic recipe plus some ideas to make it your family's new favorite meal.

(Quantities in parentheses are for a 10” deep dish pie pan.)

Meat, vegetables and herbs of your choice - see ideas below.

Make a pie crust and line a 9” (or 10" deep dish) pie pan. Alternately use about 10 layers of phyllo dough. Preheat oven to 400 degrees. Beat eggs. Whisk in milk, salt, pepper and cayenne or dry mustard. Sprinkle cheese and any vegetables or meat in the bottom of the pie pan. Pour the egg mixture over the top. Cook at 400 degrees for 15 minutes then turn oven down to 350 degrees and cook an additional 45-55 minutes or to an internal temp of 160 degrees. Foil around the crust will keep it from over-browning, but is optional. Set 15 minutes before serving.

About 1/4 lb meat (pre-cooked weight) is a good starting place. We like to use 1 to 1 1/2 cups of onions and other vegetables in addition to the meat. 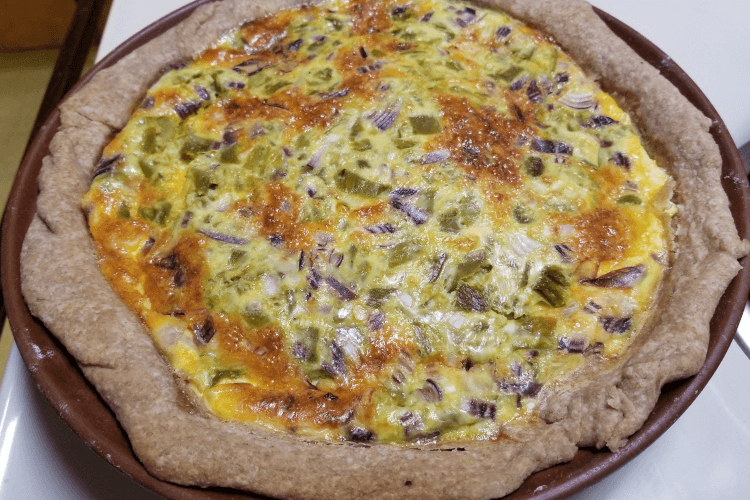 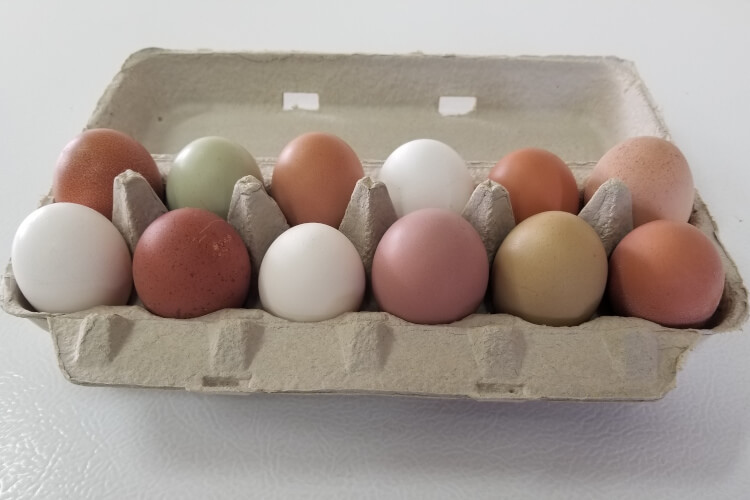 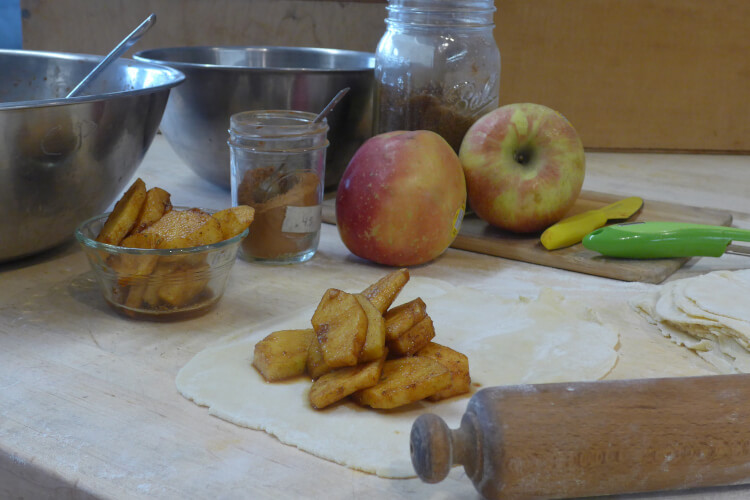 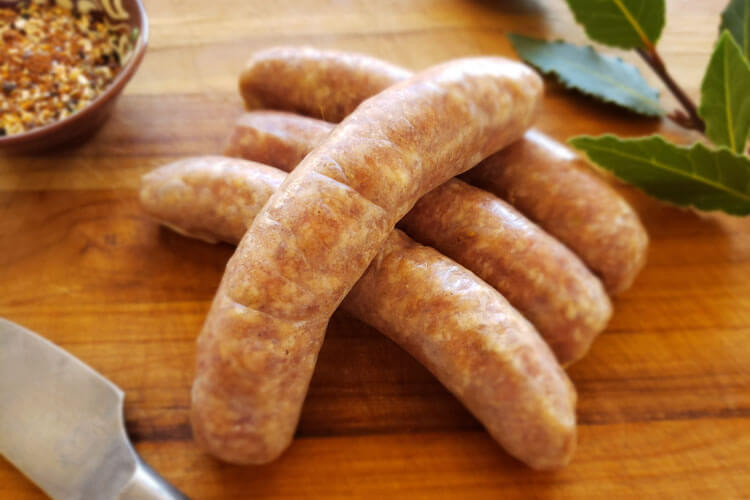