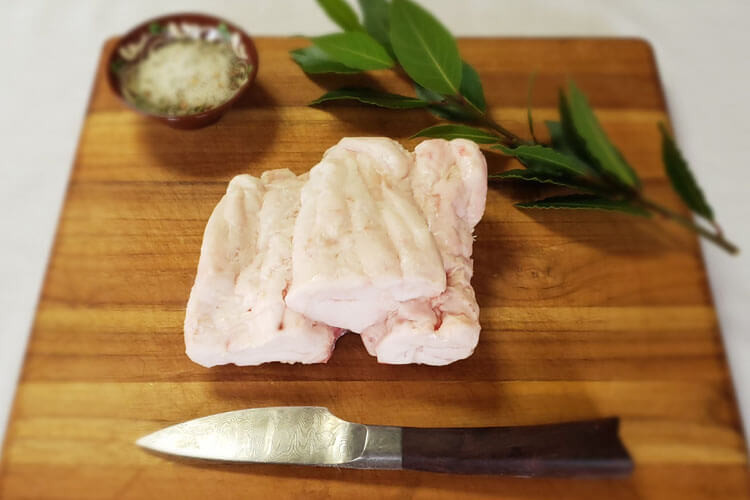 Leaf lard is the fat that surrounds the kidneys, and its mild flavor is prized by bakers. Take your pie crusts to a whole new level! This is raw leaf lard that must be rendered before use in baking. Once rendered it is also excellent as a multipurpose cooking oil.

Rendering your own lard sounds intimidating, but it couldn’t be easier and results in a superfood for your body! Render lard low and slow in a pan in the oven (275-300 degrees), in a slow cooker, or in a kettle on the stovetop (low). When the lard is melted, strain through cheesecloth into a jar. Use the rendered lard in place of vegetable shortening in baking recipes, in the frying pan, or melt and use as oil in nearly any cooking application.

All meat is sold frozen.